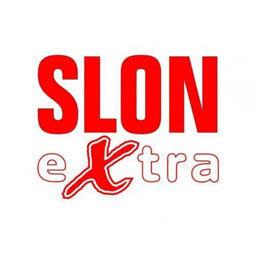 The TV Slon Extra Tuzla program began to broadcasting in December 2005 under the name Television SLON EXTRA and could be watched only through cable television. The idea was to create the right city, modern, with interactive television. Slon extra TV now has a license to broadcast programs on the air, covering the signal population of about 500,000 potential viewers.